What is a Computer Virus?

Computer virus is a software program, developed by a programmer that infects other programs. The problem created by viruses. includes :

Definition: A computer virus is a malicious software program loaded onto a user’s computer without the user’s knowledge and performs malicious actions.It can self-replicate, inserting itself onto other programs or files, infecting them in the process. Not all computer viruses are destructive though 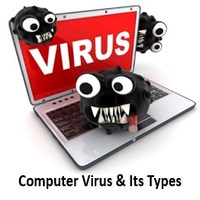 Viruses are classified on the basis of their mode of existence and there are three categories of viruses: 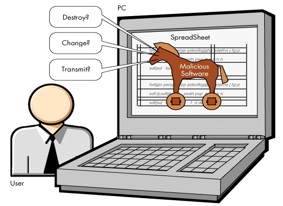 Spyware : These are the malicious(harmful) program which is installed into our system without your knowledge and collects the personal information without user permission.”Spyware” is mostly classified into four types : adware , system monitors, tracking cookies, and trojans.