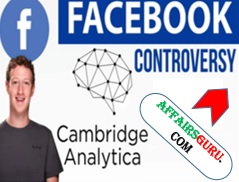 How huge Facebook data trove was used in Donald Trump US election campaign?

In simple term, Election held in America during 2016. In these election, Facebook helped the Donald Trump to win the election against Democratic Party leader Clinton. However, Facebook is not directly blame, one another company named Cambridge Analytica (CA) is private company and its owner Robert Mercer who gives also donation to Republic party(Donald Trump’ s party). 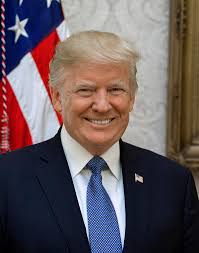 The organisation has been drawing flak for its alleged role in influencing behaviour of voters in the 2016 presidential election campaign and for helping the ‘Leave‘ side in the Brexit referendum.

What has the organisation done?

The firm is alleged to have harvested data of tens of millions of Facebook users without permission in order to design a software to predict and influence people’s voting preferences.

President Donald Trump’s campaign gained inappropriate access to data on 50 million (5 crore) Facebook users. The reports in The New York Times and Observer were based on details provided by Christopher Wylie, a 28-year old data analytics expert who helped found Cambridge Analytica – the firm at the centre of the alleged data breach.

In 2014, Dr Aleksandr Kogan, a psychology professor at Cambridge University was allegedly paid $800,000 by CA to develop an application, thisisyourdigitallife, to harvest data of Facebook users.

Although the app was downloaded by 270,000 people (these people granted permission for data collection), it extracted personal information of each of the users’ friends without consent. Kogen then passed on all the data collected through his app to CA and other companies.

When the app was downloaded, Kogan had access not only to users’ basic information such as city of residence and details about friends, but also data from the profiles of their Facebook friends.

Kogan’s firm Global Science Research (GSR) offered users small amounts of money to complete a survey on the condition they grant permission to access their personal details through Facebook.

This helped GSR to build personality and psychologically profiles of millions of people. The data were allegedly used by CA to tailor its political advertisements for a group of individuals, whose likings and interests were already known to them.

CA seems to have exhibited a similar pattern in the 2016 US presidential election, when the firm worked for Trump.

Under the guidance of Brad Parscale, Trump’s digital director in 2016, CA performed a variety of services, including designing target audiences for digital advertisements and fund-raising appeals, modelling voter turnout, buying $5 million in television ads and determining where Trump should travel to best drum up support.

However, Special Counsel Robert Mueller, who is investing the Trump-Russia collusion, reportedly believes the new revelations could help in determining the case. According to The Wall Street Journal, Mueller has requested CA to “turn over documents as part of its investigation into Russian interference in the 2016 election“.

Facebook Deputy General Counsel Paul Grewal has been quoted as saying, “The claim that this is a data breach is completely false. Aleksandr Kogan gained access to information from users who chose to sign up to his app and everyone involved gave their consent. People knowingly provided their information, no systems were infiltrated, and no passwords or sensitive piece of information were stolen or hacked.”

Facebook said it removed the app in 2015, when the violation came to light for the first time.

Facebook’s lawyers claimed The Observer was making “false and defamatory” allegations and denied the harvesting of information was a “data breach”, as users had voluntarily downloaded the app. It also banned whistle-blower Wylie and Cambridge Analytica from using its platform.

Data is a currency in today’s time all big leaders and professional are saying. Google and Facebook have 20% expenditure on the advertisement. These two companies are earning lots of money. Indian political parties are also using the Facebook. They can also show the ads so the democracy are in danger. Facebook has still initiated Odisha’s government ‘Seek Business’ to make women working. Kiren Riju said ‘Indian Government is first government working with Facebook for natural emergency situation’. Google is providing free internet to Railway station.