How to become an IAS Officer? – UPSC takes exams in three parts (i) prelims (ii) mains (iii) interview. After clearing prelims exam, you appears for Mains exam. And after mains exam getting clear, you go for the interview round. When all three rounds are clear, then UPSC release a final list. If you found your name in the list, then you have cleared the UPSC exam. IAS Officer position is also depend on the obtained rank. When you clear UPSC civil services exam, there are large number of services that are allocated based on the ranks. 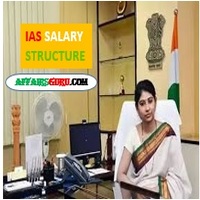 If you get rank within the range of 100, there is mostly chances of become IAS. In this article, we will discuss the IAS Officer Salary and perks. When you cleared the UPSC civil service, then you are send for the training to Lal Bahadur Shastri National Academy of Administration (LBSNAA), Mussoorie centre. You will also continue to get salary during training. How much will salary of IAS at entry level? And after that how much can it increase?

IAS officers are put under Group A service so as per the 7th Pay Commission they fall in Level 10 in the Pay Matrix of 7th CPC which is equivalent to Rs 21000 with Rs 5400 as grade pay. In addition, they get the DA which is 4%. So Basic Salary of IAS officer comes out to be Rs. 56,100/- . It is salary that you will get at the entry level.

On the top of IAS officers are entitled for HRA, DA, Transportation components like other govt officials as below :

Adding above components, it comes out to be Rs 80562, however HRA is not paid as IAS officers are provided with accommodation. So lets remove the HRA part and Gross Salary will be Rs. 67098/-

Lets talk about the In-Hand Salary after all deductions. In-Hand salary is net cash we get in bank, so there are standard deductions, These are the basic deductions which are done for every government employees – NPS (10% of basic) 5610/-

So let me put the figures about salary during Training Period.

With the implementation of the 7th Pay Commission, there has been increase in the salary of IAS officers.  As per the 7th PC, when an officer joins the service as an officers Trainee (OT/Probationer), her or she is supposed to get at least below salary.

Rs. 56100 [Level 10 in Pay matrix of 7th PC which is equivalent to Rs 21000 (EP) and Rs 5400 Grade Pay of 6th PC]. But an officer trainee gets less than this amount during his training academy, Mussoorie because the Academy is essentially paying probationers on behalf of their state cadres and pays it in the manner of a stipends of sort.

Now, coming to the main part of the answer, immediately after 2 years of training, an IAS officer is entitled to get Rs. 57800 (an increase from Rs 56100 one got during training, taking into account the seniority). 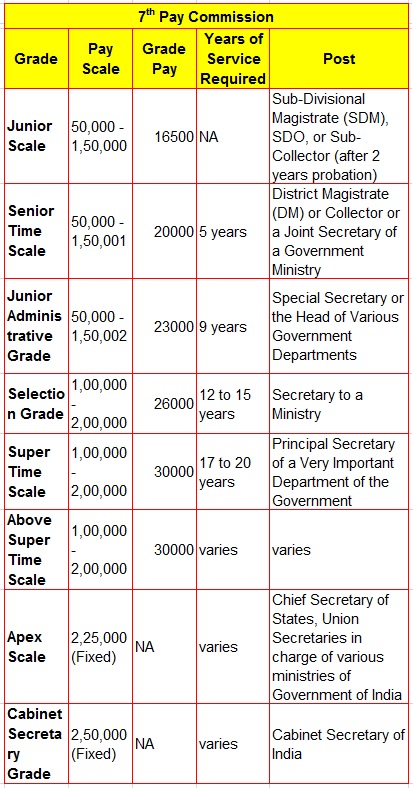 Pay levels for each of the rank are different as following below. 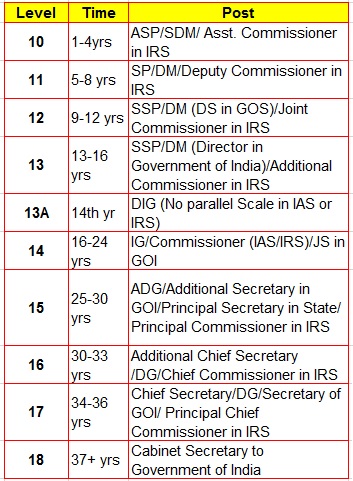 After inducting for IAS in state cadre, candidates go for the foundation course (training) to Lal Bahadur Shastri National Academy of Administration (LBSNAA), Mussoorie. Candidate’s day is start from 6 AM in morning and they have PT for physical fitness. In morning, Mussoorie has good weather and also cold. Classes starts from 9 : 30 AM which goes for 4 :00 PM. In these classes, mostly management, public administration, history, economic and laws subject are taught. For all these subject, we have in house faculty i.e. IAS Officer, Life Services Officers. Mostly also we have outside faculty like Narendra Modi, Rajnath and other ministers, Technocrats at academy.

After this, extra curriculum module like sports – badminton, cricket, combat, cooking – we can choose based on the personality development. In late evening, some cultural event occurs. Phase 3 and Phase 4 officer are also met with us. After meeting them, which we get practical insight of administration of senior, that help us a lot. We visit to the various states and understands the tourism, cultural, state’s dance, army, islands, tribal area, conservative, health, education reach.

IAS officer salary structure is consist of different pay scales as shown below.