Security : “Data or information security is the protection of data against accidental or intentional, destruction, disclosure or modification”. Computer data Security refers to the technological safeguards and managerial procedure which can be applied to computer hardware, software and data to ensure that organizational and individual privacy are protected.

Computer Security : Computer security can be defined as controls that are put in place to provide confidentiality, integrity, and availability for all components of computer systems. These components include data, software, hardware, and firmware. 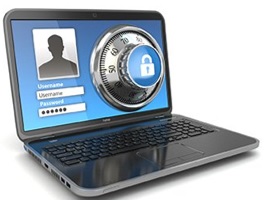 There are several types of firewall techniques :

A good antivirus utility is one which checks whether the system has been infected or not. These program stop the virus from infecting the system. They do not allow modification or executes files e.g. AVG, QUICK HEAL, NORTRAN, ESAT, AVIRA, AVAST, KASPERSKY, BIT DEFENDER etc.

Note :  International Computer Security Day comes on November 30 for every year. This day is celebrated to create awareness on computer security issues and uplift people to secure the personal information stored on their computer.