Insurance is an agreement in which a person makes regular payments to a company and the company promises to pay money if the person is injured or dies, or to pay money equal to the value of something (such as a house or car) if it is damaged, lost or stolen or a risk-transfer mechanism that ensures full or partial financial compensation for the loss or damage caused by event(s) beyond the control of the insured party. 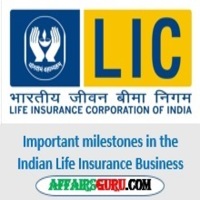 Under an insurance contract, a party (the insurer) indemnifies the other party (the insured) against a specified amount of loss, occurring from specified eventualities within a specified period, provided a fee called premium is paid. In general insurance, compensation is normally proportionate to the loss incurred, whereas in life insurance usually a fixed sum is paid. Some types of insurance (such as product liability insurance) are an essential component of risk management, and are mandatory in several countries. Insurance, however, provides protection only against tangible losses. It cannot ensure continuity of business, market share, or customer confidence and cannot provide knowledge, skills or resources to resume the operations after a disaster.