I hope that you all know 26th January is celebrated as the Republic Day every year because India acquired a written Constitution and became an independent Republic. As India gears up to celebrate 72 years of being a Republic Country on 26th January 2010, some points arises those will not only help you in preparation for your exams but it will also improve your awareness about the history of the nation. 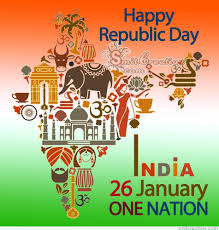 Here is a quick look at some of interesting facts about one of the most important events in the country’s history.

List of all Chief Guests on Indian Republic Day Parades